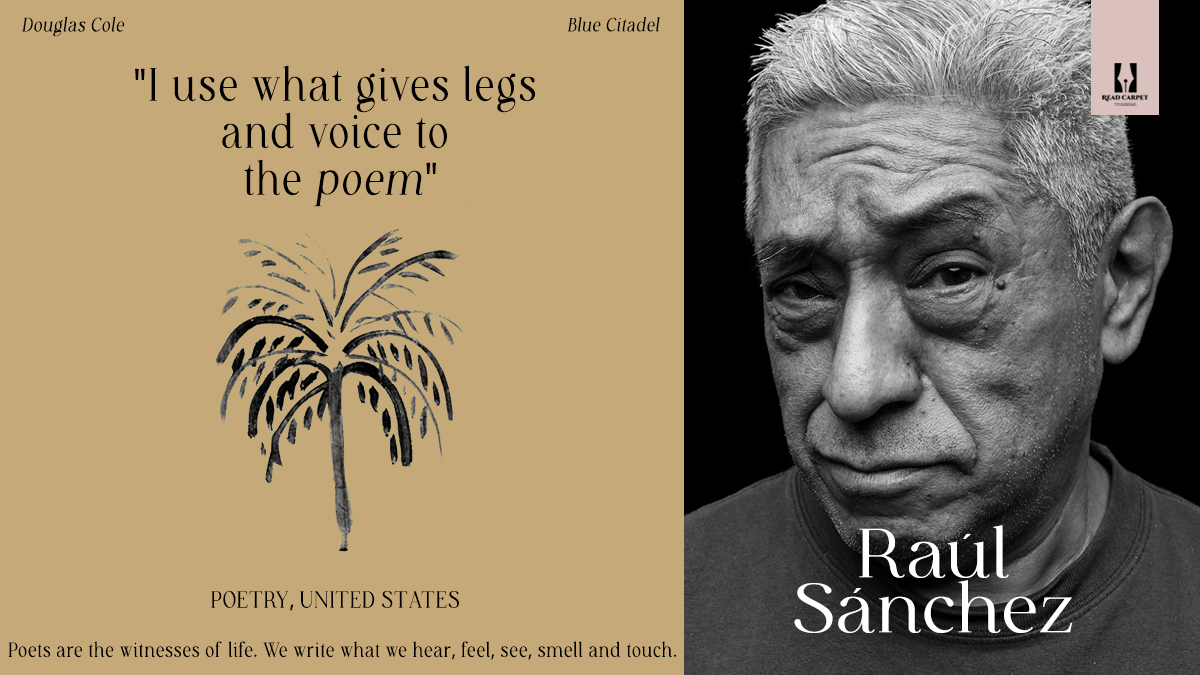 MY FATHER WAS A BRACERO

I know this:
my father was a Bracero
I hold his contract

He didn’t want me to live
by my strong back, my strong arms
but by my words

My tongue retains the roaring sound of rivers, of the earth after the rain
falling over leaves, branches and flowers.

My tongue is stained with the juice of sweet pitayas, red, delicious, grown
under Tonatiuh’s rays, our father sun.

My tongue is my identity—the connection to my people, my roots, my culture.
My language is from the earth, from the heavens, from my soul.

My tongue speaks, my soul feels the breath of the earth,
the sound of the wind Ehecatl.

My tongue, my language,
My culture and pride.

From Coatlicue to Sor Juana Inéz
women from all ethnicities have walked
this earth with their tireless feet
giving birth, giving life.

Women are powerful!
Women have the wisdom of the creator
they bear life.
Without women man cannot survive

women are the yin of life
their nurturing and motherly love
make men out of children
women know what we-man don’t.

like María Sabina mushroom priestess.
Women can bring down the sun and the stars
if they want to—
women are the beauty of the world.

In a sea of green, tall green grass,
yellow buoys stand.
Some high, some low.
Not all the daffodils grow in groups,
unlike the dandelions.
Perhaps their roots are different.

The dandelions unlike the daffodils
Have medicinal benefits.
The daffodils are gorgeous,
always ready to kiss the sun.
But the dandelion provides more than kisses,
It can heal from within,

yellow medicine from the ground up.

(In traditional Chinese and Native American medicine, dandelion root has long been used to treat stomach and liver conditions. Herbalists today believe that it can aid in the treatment of many ailments, including acne, eczema, high cholesterol, heartburn, gastrointestinal disorders, diabetes, and even cancer).

What inspired you to start writing poetry?

The events that took place on October 2nd, 1968 in Mexico City* left a deep impression in my mind. At that time I heard protest songs interpreted by Mexican and Latin American artists such as Jose De Molina, Daniel Viglietti, Violeta Parra, Victor Jara among others. My first poem is dated October 2nd 1972. In 1995 I joined a group of Latino writers in Seattle. It was then, when I became serious about writing poetry.

Which poets have influenced you? And what did you learn about the process and the forms of poetry from the poets you love?

The forms are many. I use what gives legs and voice to the poem.

What would you say is the poet’s place in the world today?

Poets are the witnesses of life. We write what we hear, feel, see, smell and touch. Although not all poets have the same experiences, some may write only about nature or fictitious situations. And then there are poems that can bring peace or incite revolutions. We can do both.

RAÚL SÁNCHEZ is the former City of Redmond Poet Laureate 2019 – 2021. He teaches poetry in Spanish through the Seattle Arts and Lectures (WITS) program, also through the Jack Straw Educational Project. In the last three years he volunteered for PONGO Teen Writing at the Juvenile Detention Center. He runs the «Poetry in the Park» event at the Meadowbrook Pond in NE Seattle. His work has appeared in a multitude of journals, magazines, and anthologies such as IN XOCHITL, IN CUICATL or Floricanto – “Flower and Song” 100 years of chicanx/latinx poetry, published by Editorial Polibea, Madrid, Spain. His new collection «When There Were No Borders» was released by Flower Song Press, McAllen Texas July 2021.